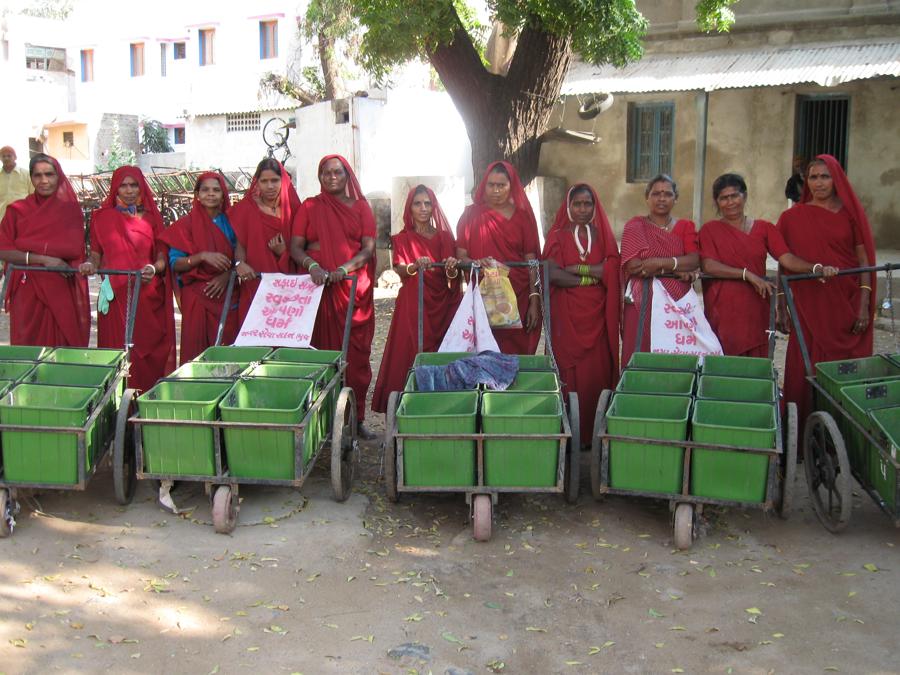 The Urban cell of KMVS, which has been working in the urban slums of Bhuj, for the past four years, have successfully mobilized the women from 22 slums in forming their sangathan- “Sakhi Sangini”. The sangathan has 835 women members spread across the slum areas. the core objective of the sangathan remains:

This strategy has helped in identifying various issues, of which housing was the priority issue for the members. The cell helped Sakhi sangini members in mobilizing a revolving fund of ACHR, for housing. looking at the leadership capacities of the angathan, it was decided that a housing committee of 11 members of Sakhi sangini would be formed. the committeed were given the responsibility of identifying the 40 poor households, who are mainly single women/elders, who don’t have any relatives to fall back to and are in the acute poverty situation. With this reference, the housing committee has already disbursed the grants of 7,70,000 to 22 families, who have started building their homes, in which technical and design inputs are given by the partner organization Hunnarshala. 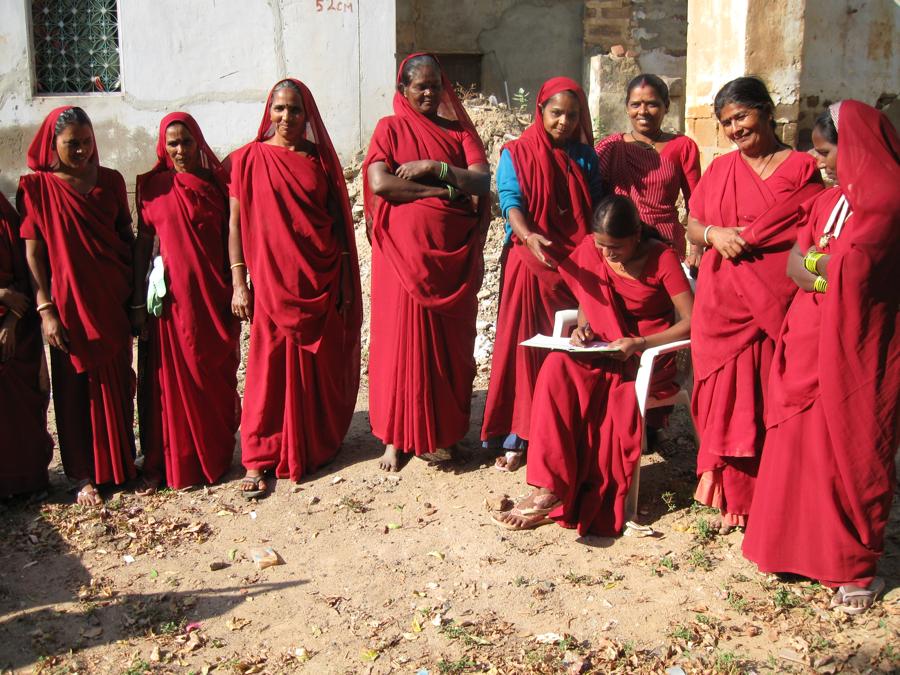 Scaling up of the housing programme:

Looking at successful execution of the housing programme, ACHR provided another grant for “decent poor” households, i.e for acute poor households who are also suffering from some physical disability and having a land on their name. This was a path breaking initiative of Sakhi sangini members, where they not only provided grants to the families for housing, but also mobilized the communities to help with their labour in building homes for these poor households. This became the inspiring example of leadership for ensuring equal participation of communities and bringing cohesiveness in the society. 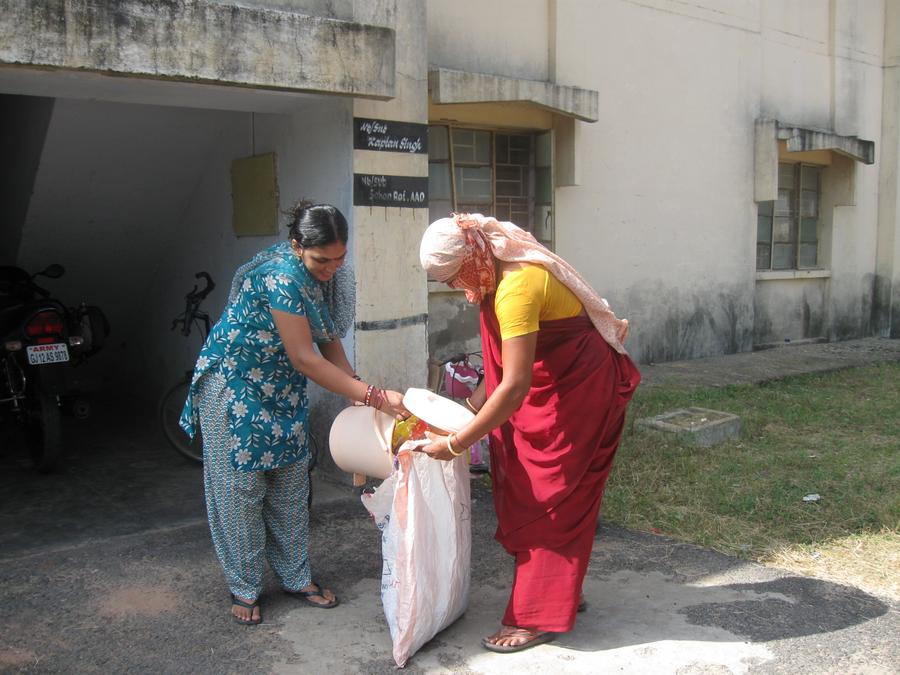 Livelihood interventions:
Towards zero waste..
The door to door waste collection programme, which has been continued with Nagarpalika engages about 60 “sakhis” in the programme. Looking at the waste collection holistically, it was decided that demonstrations should be made towards zero waste( as othe study done by KMVS and partners show that only 2% of waste is non recyclable). Even after repeated discussions with Nagarpalika, the program could not get initiated.
In taking this forward, KMVS formed linkages with the army camp area site. They were explained the whole concept of zero waste and sensitized towards segregating wet and dry waste. They adapted it readily and now 1200 households of the camp area are being covered by 6 “Sakhis” . the wet waste is provided to local cattle rairers to be fed to their livestock, while the plastic is given to “KHAMIR”(craft organization, organization working to make products from this waste plastic), and other recyclable waste is dumped in to pits for generating manure out of it. This model has successfully shown that with intent and will, the issues of waste disposal can be readily solved, in most novel and eco friendly means. Besides, the Sakhis are also negotiating their remuneration with these households, making it a livelihood option for them and for other women to follow the case also.
Pages: 1 2